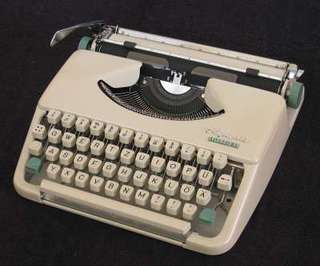 Why I Reread Capote's "A Christmas Memory" Each Year

It's my favorite opening in fiction, the first two lines of Truman Capote's "A Christmas Memory" (1956), which I return to each December the way someone else might revisit O'Henry's "The Gift of the Magi" or Dickens' "A Christmas Carol." I introduced this 27-page story to my daughter when she was only five, reading aloud from the 1996 Modern Library edition, a slim blue volume that also includes "The Thanksgiving Visitor" (1968) and "One Christmas" (1982). This collection was out of print for a while, but it has been reissued.

Contemporary movie fans have met Truman Capote in two biopics, "Capote" and "Infamous," which focused on the creation of his non-fiction masterpiece, "In Cold Blood." I discovered the author through his wildly quixotic chats with Seventies' talk show hosts--from Johnny Carson and Dick Cavett to David Frost and Jack Paar. He was witty and flamboyant, though his slight stature and lisping, babyish speech didn't entirely mesh with his reputation as a literary powerhouse who, along with Tom Wolfe and Joan Didion, invented the New Journalism. His later notoriety unnerved me, and though I still loved "Breakfast at Tiffany's" and other works, I wondered if I would continue to enjoy--and believe in--his holiday stories.

Now, though, when I reread "A Christmas Memory," I feel grateful for its innate humanity and its rich, evocative language that might have ensured Capote a place among great literary stylists even if he hadn't written his adult oeuvre. Yes, it's that distinctive in its ability to conjure a place (Monroeville, the rural town in Alabama where "To Kill a Mockingbird" is also set), a time (the great depression), and a life: the childhood of a boy named Buddy, deserted by his parents and placed in the care of elderly relatives, one of whom, his cousin Sook Faulk, becomes his best friend, surrogate mother, and soul mate.

Ritual means the world to the story's narrator, and in his depiction of Sook's yearly baking ("Oh my," she exclaims, "it's fruitcake weather!") and Christmas tree cutting and kite making (the only presents she can give are handmade), Buddy finds stability before he is shipped off to military school. His loneliness and sense of loss are so palpable by the end, I can't help weeping as I wonder anew why "Those Who Know Best" (his words) wrench Buddy from the one person he loved and trusted.

I don't mean to imply that this tale, published in "Mademoiselle" when Capote was 32, is gloomy. To the contrary, it's suffused with wry observations about Buddy's family and eccentric oddballs such as Haha Jones, the bootlegger who in a burst of generosity gives Sook free whiskey for her fruitcakes. (Capote's friend, Harper Lee, offers another portrait of his childhood in Mockingbird when she writes about Dill, a boy who lived with his aunt in Monroeville each summer and who conspired, along with Scout and Jem Finch, to learn the secrets of Boo Radley.)

There are movie versions of "A Christmas Memory" that you can rent or buy: one starring Geraldine Page which Capote narrates (1966, from ABC Stage 67) and another starring Patty Duke (1997, also a TV special). Page won an Emmy for her performance, and it's worth hearing some of the text in Capote's voice, and Duke is also moving as the warm, dotty Miss Sook.

Call me a purist, but I prefer my own imagination to these lovely films, and I believe that Buddy is a vibrant enough character to stand apart from his creator. But while it's Buddy's voice I want to hear in my head as I return to the story each year, savoring its wisdom and literary brilliance, it is Capote whom I mentally thank for giving readers this enduring gift for all seasons.